I tried making cream cheese over the weekend. I love cheese (all kinds, hard, soft, blue, green, stinky, you name it) and had been wanting to try and make it for a while. Everything online suggested starting with something like cream cheese as it’s not too precise and relatively forgiving. I started with a schmear recipe from The Gefilte Manifesto, a lovely book I won during an event with the Jewish organization at work. I ordered other supplies from New England Cheesemaking, specifically Mesophilic cheese cultures and Butter Muslin. I was able to find vegetable rennet at my local vegetarian coop.

Cream cheese is indeed fairly easy. I started on Sunday night when my partner had plans because I expected it to be involved, but it only took about 30 minutes to do the bulk of the work. First, you cook equal parts milk and cream together for a bit to warm it. I tried using a candy thermometer to measure but ours begins at 100 degrees and the mixture only needed to get up to 75: 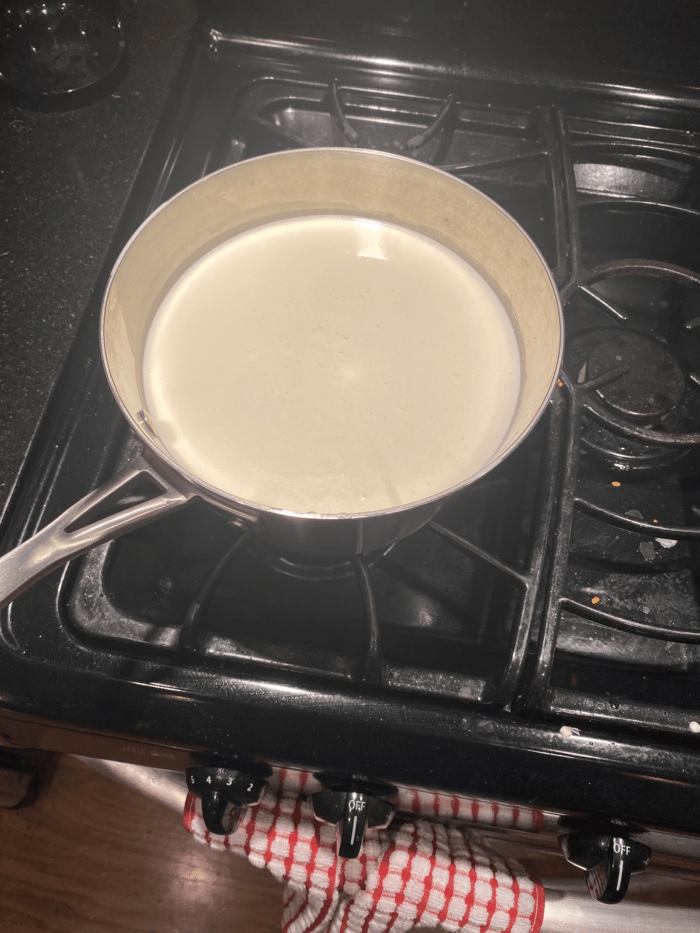 Then, you simply add a rennet/water mixture and sprinkle a packet of the mesophilic cheese cultures on top: 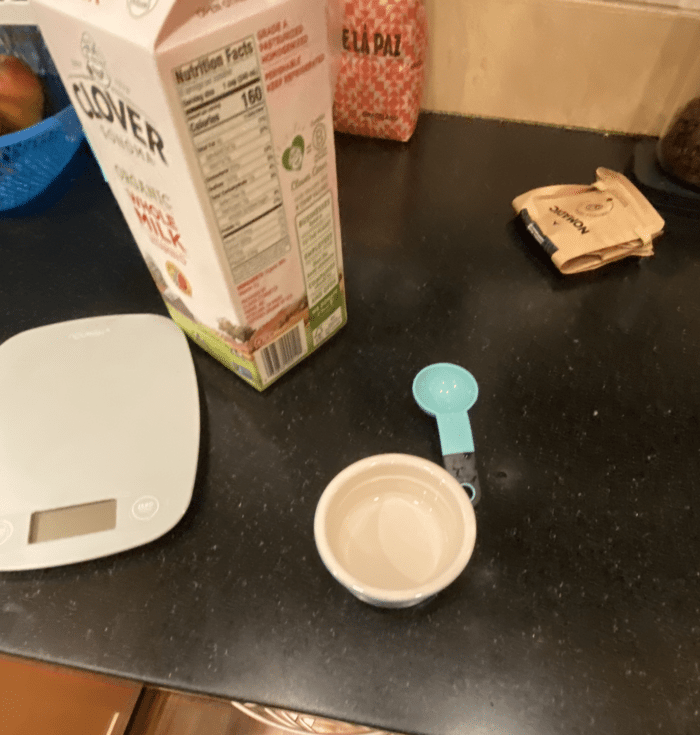 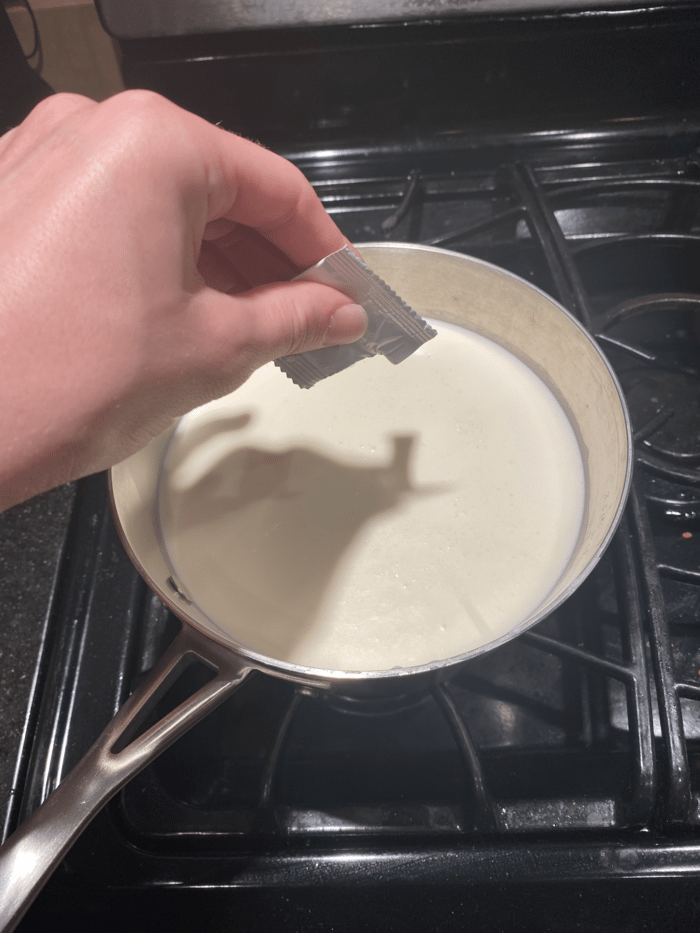 I allowed it to sit overnight covered and transferred it to a ~cheesecloth~ butter muslin: 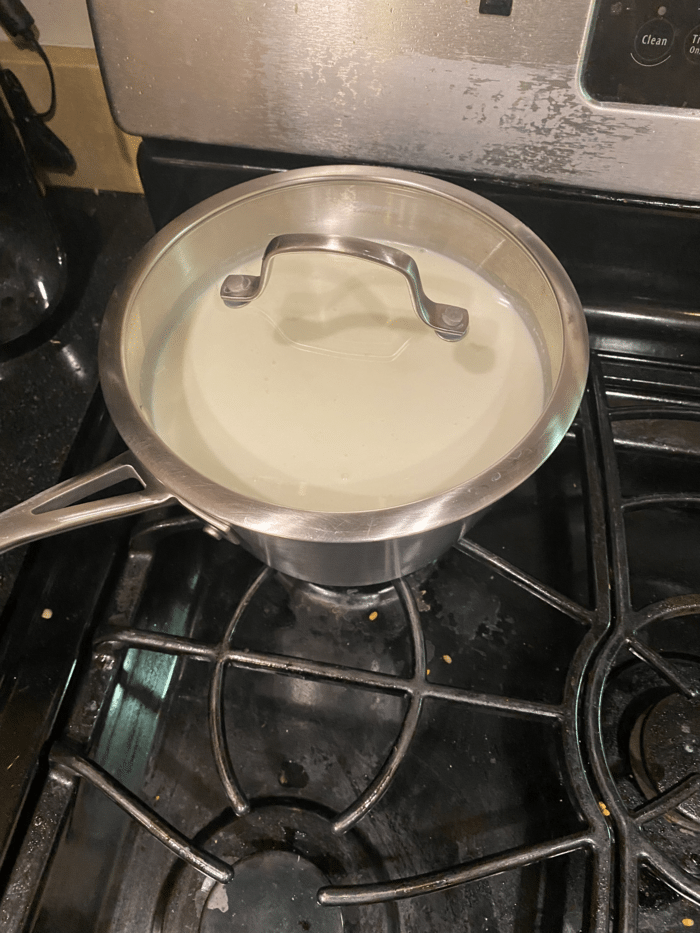 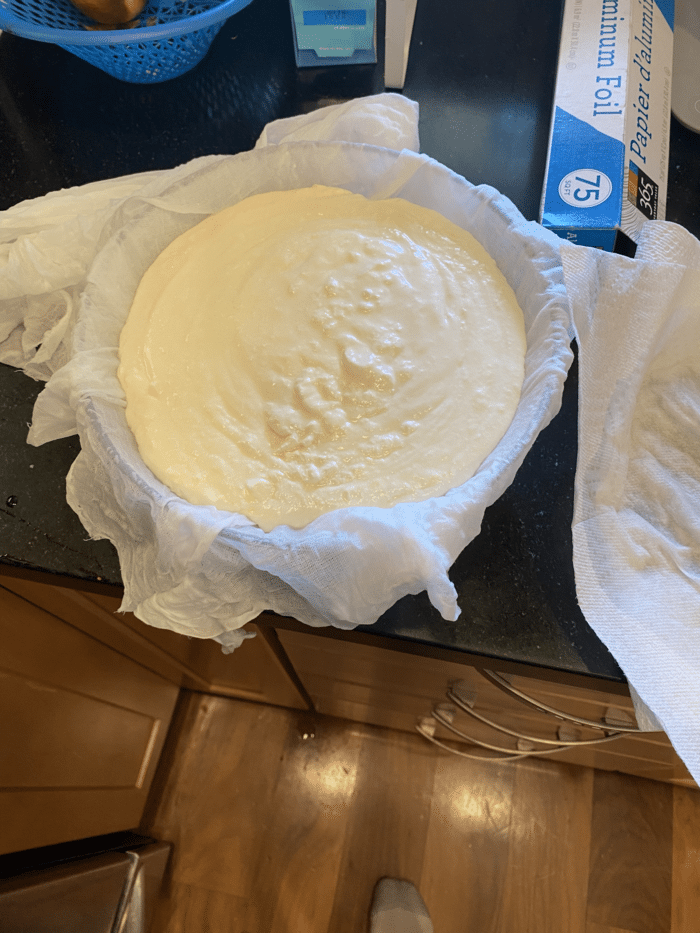 This worked great, although I had some difficulty hanging the cheesecloth. I’d made the mistake of sanitizing the cheesecloth immediately beforehand which made it pretty wet and hard to handle. I also have no good place in my kitchen to hook it to try, and had to tie it around the sink. I ordered some hooks for next time.

I lost a good deal of my yield as a result of this and cleaning it was gross, but ultimately it worked acceptably to dry the curds: 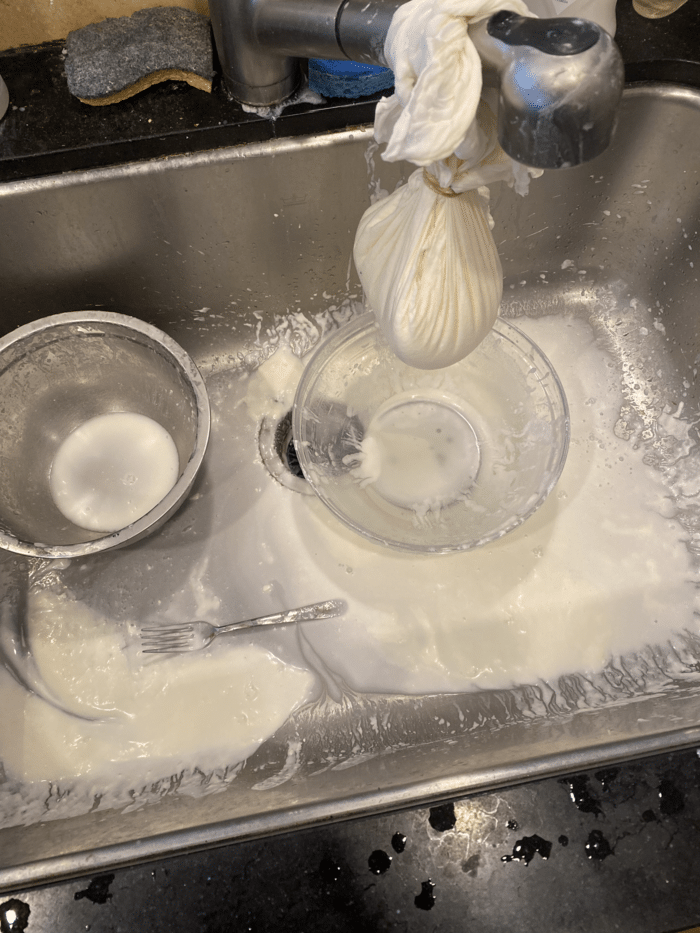 After about 12 hours I could take it out and transfer it to the fridge. It drained a bit more whey overnight, and was the right texture by the next morning!

It tasted great! Given my incident with the cheesecloth I was pessimistic, so I was a bit pleasantly surprised it turned out so much like I was expecting. In my opinion, every bit as good as the folks over at Philadelphia make: 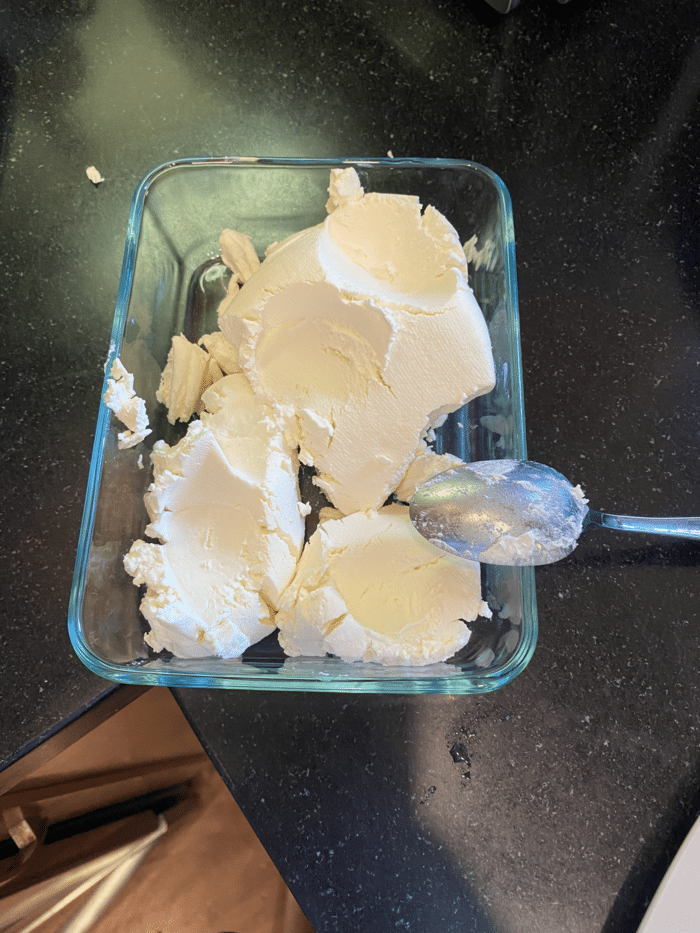 The final product (for lunch)! 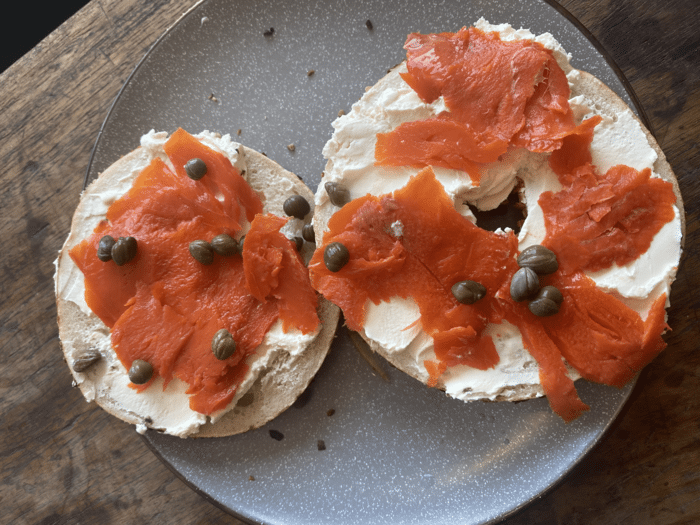 🚆A trip to Antioch

My girlfriend was out of town this weekend so it seemed a fine time to do a trip I’d been meaning to take for a while and check out the new Stadler GTW railcars on the eBART. I’d been a fan of the GTW railcar for a very long time. This... Continue →